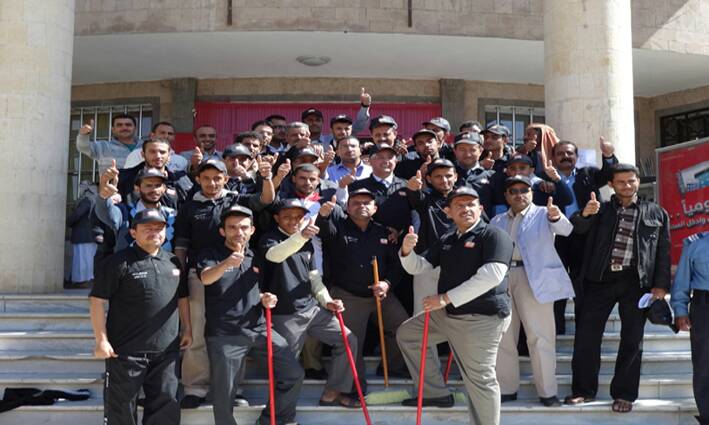 Yemen Mobile Company for the mobile phone inaugurated the sixth national cleaning campaign under the name of (My Home Is My Identity, Its Cleanness Is My Responsibility).


This campaign aims to make cleanness a personal and societal behaviorˇ Many employees from the company went out and cleaned Al-Television St. Waleed Al-qubati the Deputy Executive Director attended the campaign and Noor Al-Deen Whas the Relations Manager who declared that Yemen Mobile Company adopts all the national campaigns under its responsibility for the country and the community.

The Secretary General of the Local Council Ahmed Mohammed Joman inaugurated the campaign, which is organized by the Municipality of the Capital for the sixth year in roll, with the participation and activity of the society corporations, organization, foundations, and teenager volunteers to make cleanness a personal and societal behavior, and revive this initiative for protecting the environment by cleaning the streets, and lifting trash from different streets and provinces around the municipality of the capital. The local secretary secretariat considered the campaign as a cultural and civil phenomenon to make the capital a clean place for all citizens, and pointed out that the campaign aims to increase the environmental awareness for the citizens and make cleanness everyone's responsibility.

Moreover, he thanked the people's and clean worker's for their efforts for keeping the capital and the other provinces clean especially during this difficult situation. And pointed out the necessity of the organization's effective supports in such campaigns which aim for cleaning the streets and lifting the trash. In the same track the General Secretary for the Capital (Amin Joman) inaugurated activities for the cleaning campaign in the Science and technology University with the attendance of the General Secretary of the university (Fasil Haza'a).

Amin Joman pointed out to the importance of the student's behavior toward their university environment and cleanness, mentioning the vitality and participation of the university staff and students in the national campaign for cleaning, which take a place every year in 12th of December. People with high positions attended the inauguration like Naji Al-Qwasi and the manager of the cleaning project Jamal Johash. 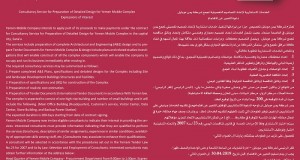 Yemen Mobile Company for the mobile phones declares that the new contributors should come fast and change the ownership of their stocks. 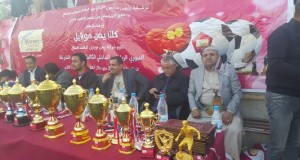 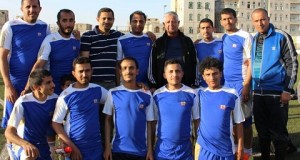 The system of the company